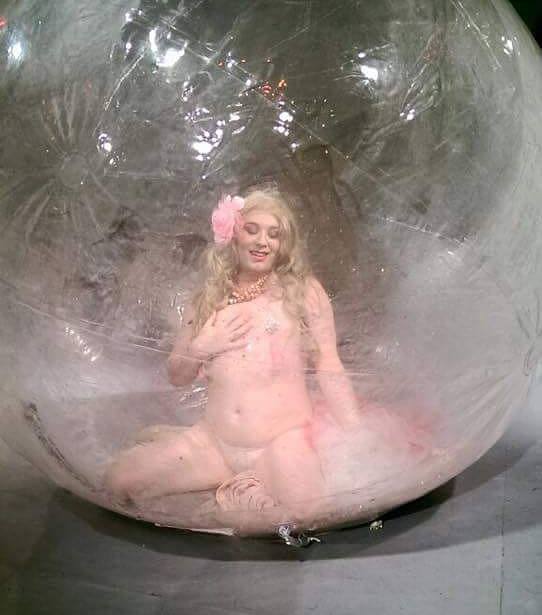 The Emcee – The Burlesque Entertainer – The Southern Belle of the Nerds

The Glitter Queen of New Orleans

Where do I even begin?

A thousand years or so, a lightning bolt struck a promiscuous peacock, causing it to fall into a vat of glitter (that JUST so happened to be lying around). Moments later, a traveling donut salesman tripped and dropped an entire dozen of donuts into the vat, which resulted in a perfect, radiant, and sassy creature to emerge from the pit of glitter and despair. Thus concludes the story of my birth.

Okay, but for real. I was born in Southern Louisiana back when Louis and Clark were exploring the area, into a small but mighty family. I have a love of books, video games, and FOOD, which is an easy thing to do in the South. I consider myself to be Southern Royalty, and adore talking about my Southern Heritage that I am so proud of (Well. . .maybe not all of it) Given the opportunity, I will talk your ears off about Cajun food, Humidity, Mardi Gras and festivals, all while dropping the world “Y’all” a dozen times.

I was a fairly loner kid, didn’t have too many friends (I was SOOOO NERDY. I wore CARGO PANTS. Can you believe?) That changed dramatically when I approached a lil blonde-headed girl who was role playing Animorphs under a tree. This was just the start of a long lasting and whirlwind of a friendship.

My new best friend, Kiera, introduced me to SO many wonderful nerdy things, one of them being ANIME. She told me about these magical places called “Conventions” where people dressed up as Characters in a bold display of nerdiness in the art form called “cosplay”

The rest is history.

Emcee Extraordinaire, and Queen of the Late Night at Cons

It honestly happened pretty randomly, that I was in the right spot, at the right time with the right people watching me. Jon Russo, one of the owners of Mechacon, noticed immediately that I had a knack for entertaining, and gave me my first “Convention big break”

From there, Conventions all of the south began asking for me. A series of accidental appearances in some 18+ panels, and we discovered that I had a quick wit, and a potty mouth. 15 years into the game, and I am known as “The Chelsea Handler of conventions” and can be found in panel rooms after 10pm scarring, er, entertaining audiences!

I ALWAYS had an obsession with Burlesque. I had so many books about it, and spent so many nights watching old videos of Vaudeville acts. It didn’t take long for me to begin the process of being able to perform Burlesque acts on stage at smaller shows, but, my real break came when I was accepted into a Local Troupe, BOOM BOOM Burlesque. Over the many years I spent with them, and the countless shows I participated in, I got my footing as a producer. I had a specialty for NerdLesque, and comedy performances, and decided to help fill a gap that I saw at conventions.

My Troupe, The Royale Revue, is made up of some of the BEST nerdy performers and has entertained audiences ACROSS the country. I could not be more proud of them, and what we have accomplished. Keep a lookout at your local cons for the Royale takeover!

All the years (8 of them, in fact) I spent doing Burlesque, I KNEW that glitter ran through my veins. I have COVERED myself in glitter for almost every show I have performed in. As showgirls, we needed something that would adhere to our bodies, and stay put while performing several acts back-to-back-, that also looked STUNNING. I played around for a while, and came up with the original Glamour Goop formula, 5 years ago. A insane glitter gel that self-adheres, stays on during the twerking, and washes of easily at 3 am so you can easily enjoy your post show Taco Bell and nap.

Flash forward to now, I am a makeup hoarder (Stay tuned for my episode on Real Life, I buy too much shi-) with MORE makeup than any one person could possibly need. I have an obsession with sparkle and shine, I wanna bathe in lip gloss, and highlighter. You could say I am a makeup enthusiast. NOW, after having tried and cried over so many products,  I’ve decided to put my original Glamour Goop out for the world, and develop my Cosmetics company, and Brand. So many things to come. This has been one hell of a journey and it is JUST beginning. JUMP ON BOARD. SORRY, NO REFUNDS.